A/am/ams (come ashore, turn over)
​With OVER / AT and Rufus Isobel Elliot 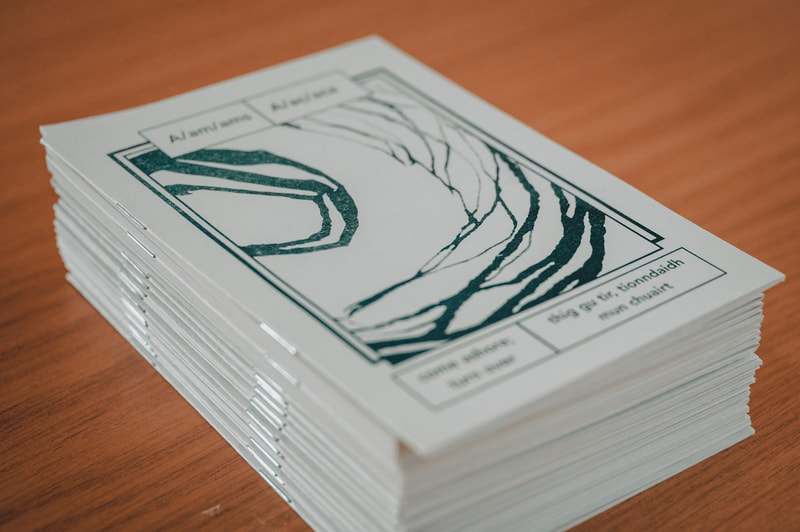 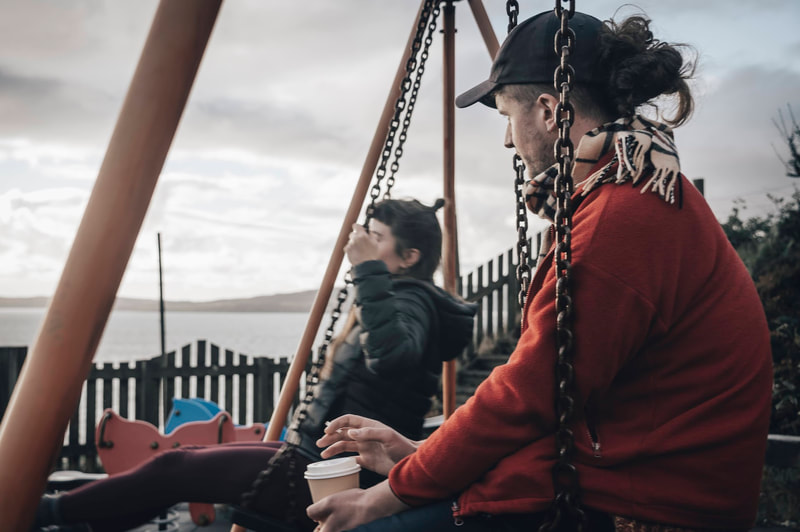 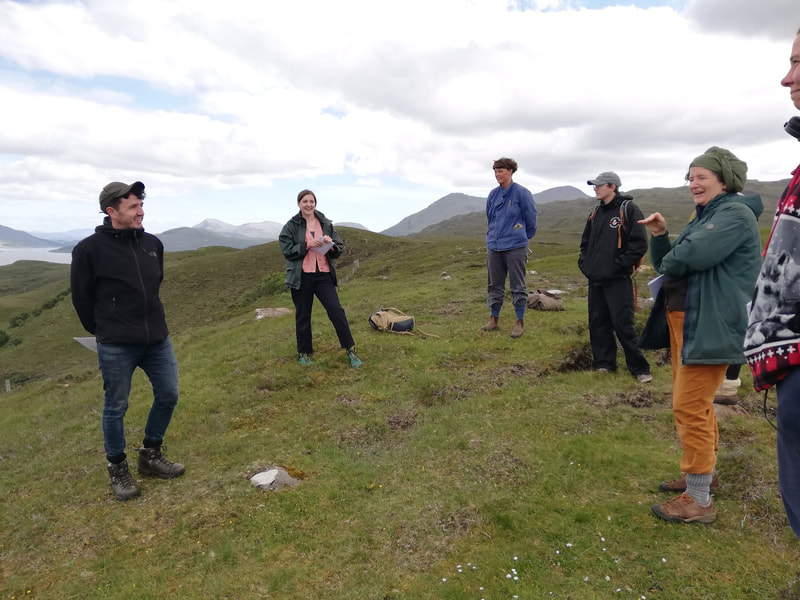 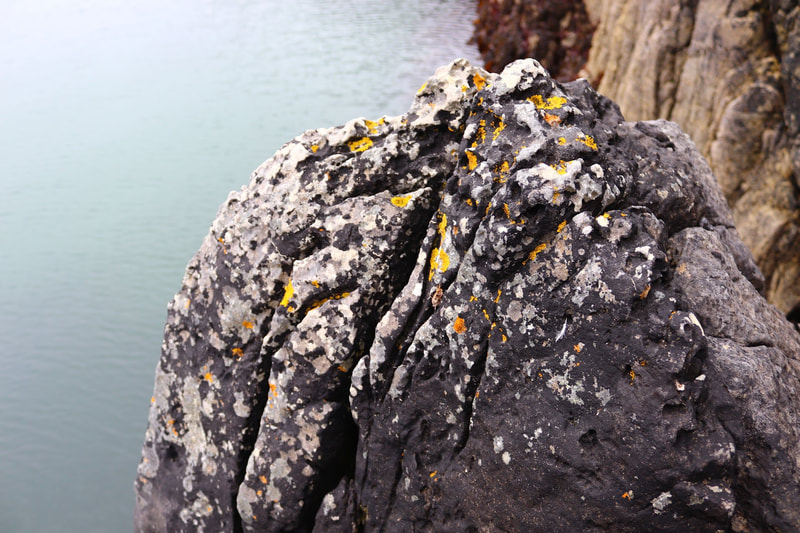 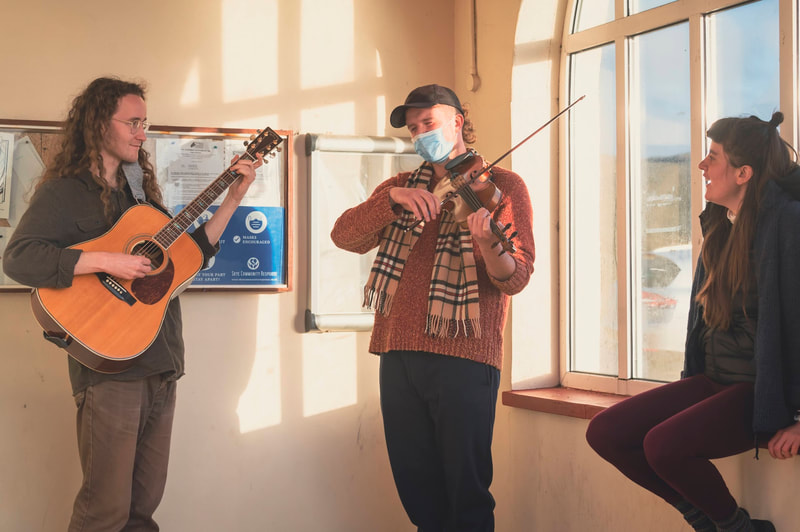 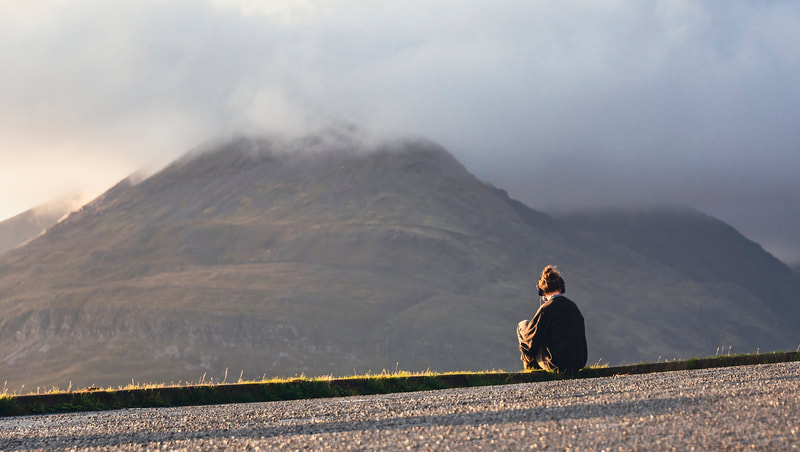 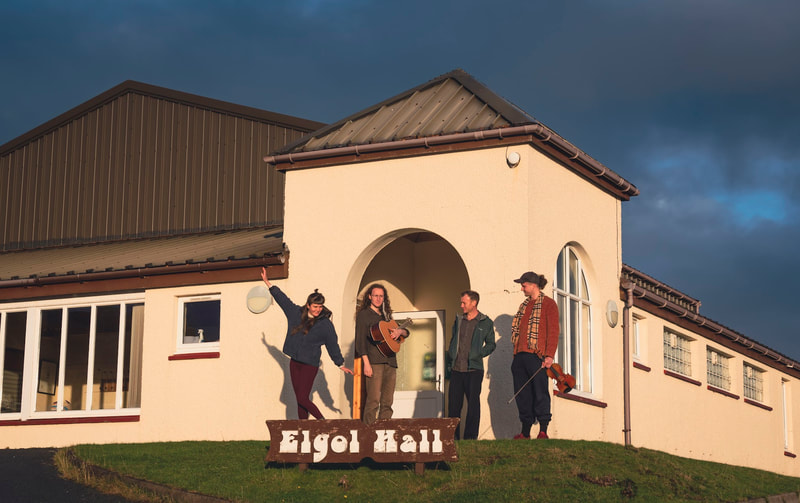 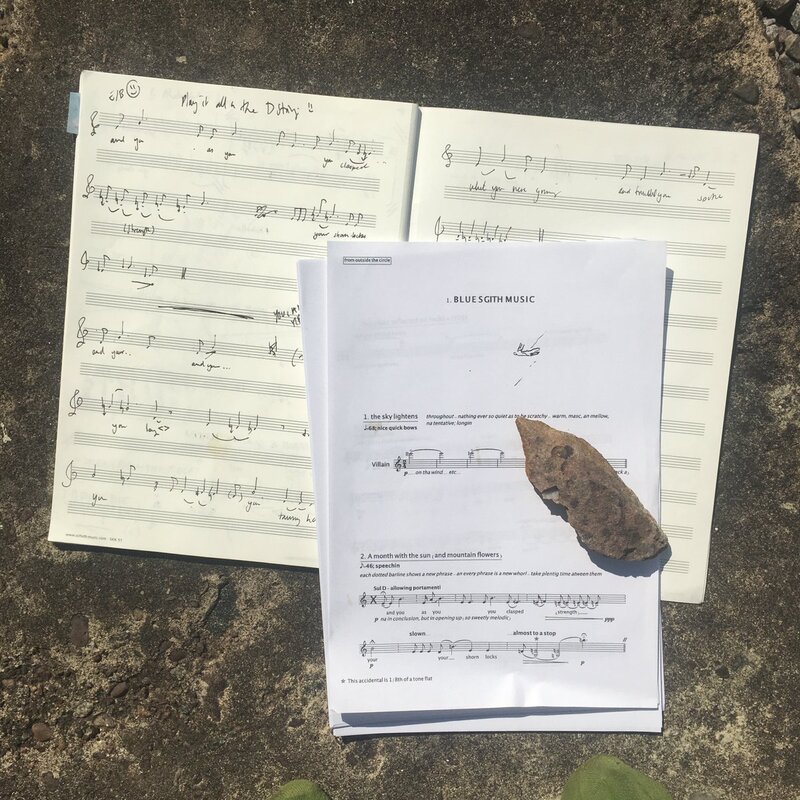 An edge of town printing house doubles as an infinite beach for A/Am/Ams (come ashore; turn over) a new work for four players by composer Rufus Isabel Elliot. Drawing from Greek mythology Scots and Middle English, the piece uses hybrid language and inventive instrumental character work to imagine two protagonists in love and conflict at the end of the world.

A/Am/Ams is the second major project from "gender-diverse music-making world" OVER/AT, following the excellent Folks' songs EP earlier this year. The use of world here is pertinent: like folks' songs, A/Am/Ams is instigated by OVER/AT founder Elliot with contributions by numerous artists and musicians drawn from the Scottish underground. Its form is fluid and ambitious. It is ostensibly a one act play in music composed by Elliot with Lea Shaw - but also encompasses an accompanying text, a Gaelic translation and a visual score workshop. The rich background of the project could prove intimidating, but the intimacy of the performance breaks down any perceived barriers. Based in a parallel version of Elliot's Northwest Highlands, "where all that exists is one long beach", its set up in Civic House mirrors a gathering in the midsts of post-apocalyptic scarcity: a singer, guitarist, bassist and violinist in the round, lit modestly with domestic lamps. After a prologue from Elliott ("laid side by side, sand an wrack in ae hair - what happened here?") Harry Gorski-Brown's violin melody is sparse and defeatist; his varying bow pressure and double stops like maudelin cries.

Together Gorski-Brown's violin and Andrew Herrington's guitar, are A/Am/Ams, an ancient wanderer, and our first protagonist. Our second E/e/e is portrayed by Stevie Jones' bass and Josie Vallely's voice. Vallely- known as traditional Scots singer Quinie- joins Gorski-Brown in an answering duet, echoed by the reassurance of Jones' bass, like an interior voice or shadow personality. Harrington plays guitar tentatively. strumming with a flat palm like Achilles' lyre. These double interpretations of characters speak to subjectiveness and multiplicity. Similarly, the text's unspoken Gaelic translation by Cass Ezeji speaks to its own parallel performance/world.

As the work continues, the performers alter their playing to better reflect each other, mimicking alien timbres through unconventional techniques and technical finesse. There's a clear link with OVER/AT's mission to reflect and preserve trans and gender-diverse voices- the sounds are alive with learning, their characters reactive not inherent. Having previously worked on vocalisations of pipe music, it's no surprise that Vallely is especially notable for mimicking the surrounding environment - the parallel glissandos with Gorski-Brown are a feat. A palpable trust among the players rings true to OVER/AT's active cultivation of a queer musical community.

The pronounced use of silence as a marker between phrases, players and sections speaks to the project's atmosphere of desolation, and its reverence for voices. It also offers space for the audience to make connections between the work and the world. The venue is in the shadow of a tangle of expressways, and the noise of passing cars infiltrating each pause are a reminder of another of the work's major themes, physical changes brought about by the climate crisis.

The real and imagined settings of A/Am/Ams may seem so different as to be fantastical, but its transmuting sounds and spacious generosity are enough to conjure worlds from slender means.

In conversation with Josie Vallely, Rufus Isabel Elliot and Ainslie Roddick, exploring their creative practices, sources of inspiration, finding one’s voice and ways of knowing and being in a place.